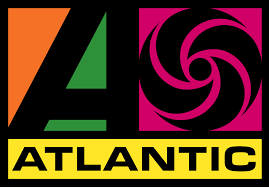 Atlantic Recording Corporation (simply known as Atlantic Records) is an American record label founded in October 1947 by Ahmet Ertegun and Herb Abramson. Over its first 20 years of operation, Atlantic earned a reputation as one of the most important American labels, specializing in jazz, R&B, and soul by Aretha Franklin, Ray Charles, Wilson Pickett, Sam and Dave, Ruth Brown and Otis Redding. Its position was greatly improved by its distribution deal with Stax. In 1967, Atlantic became a wholly owned subsidiary of Warner Bros.-Seven Arts, now the Warner Music Group, and expanded into rock and pop music with releases by Crosby, Stills, Nash & Young, Led Zeppelin and Yes.

In 2004, Atlantic and its sister label Elektra were merged into the Atlantic Records Group.[2] Craig Kallman is the chairman of Atlantic. Ahmet Ertegun served as founding chairman until his death on December 14, 2006, at age 83